Holy crap...I knew there were an awful lot of stupid people in this country, but I never dreamed it would come to this.

Nearly two-thirds of Americans believe the federal government had warnings about 9/11 but decided to ignore them, a national survey found.

Only 30 percent said the 9/11 theory was "not likely," according to the Scripps Howard/Ohio University poll.

The findings followed a 2006 poll by the same researchers, who found that 36 percent of Americans believe federal government officials "either assisted in the 9/11 attacks or took no action" because they wanted "to go to war in the Middle East."

So what happened a year ago to cause the average intelligence of Americans to decline so dramatically in just one year? Oh, that's right: 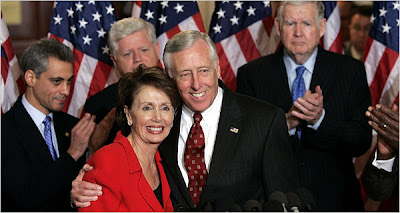