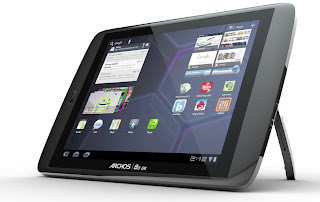 It's been a while since I've done a gadget review, so I figured it's time.
Mrs. Pool Bar decided it was finally time to make the jump to an e-reader. She's not exactly a Luddite, but she is a little resistant to gadgetry. We read a lot of the same authors, so for her to catch up on the books I've already read that she also wanted to read, her only alternative was to go out and get the dead tree edition. I have a rooted Nook Color running both the Kindle and Nook apps for Android, as well as Kobo (old Borders) and Sony Reader apps. I have a handful of titles on the Nook, Kobo and Sony apps, but the vast majority of my e-book collection is on Kindle. Still, I wanted my wife to have access to any of the books that I'd already purchased.
As it happened, I had a fair amount of Amazon gift card credits parked in my account, so I figured I could do something on the cheap. And by cheap I mean free or nearly free, depending on how much I spent. I was tempted to go with the Kindle Fire, but that locks you into Amazon-only content, and even if you root it, the lack of external SD card storage makes it a non-starter. So during my poking around on Amazon's site, I stumbled upon the Archos 80 G9 tablet, which was right within the price range I was looking at (right around $250 with shipping).
I have to say that I'm pretty impressed with this gadget, and find myself suffering a bit of tech envy as a result. The display is very crisp, performance is snappy, and there's very little to complain about. There are plenty of detailed reviews available elsewhere online (try CNET and Engadget, for starters), so I'll just post here some of my own observations. First the bad:
And to top it off-- actually, that's about it. I have no other real complaints about the tablet. Sure, I can see the built-in kickstand (a very convenient feature) breaking off at some point, but short of making it from tungsten steel, I don't know how much can be done about that.
The tablet shipped with Android 3.something (Honeycomb) installed, but Archos was already in the process of rolling out Android 4.0.3 (Ice Cream Sandwich, or ICS) as a downloadable or over-the-air (OTA) update. Sure enough, about 10 days after it arrived, a notification popped up saying that the ICS update was available. The update went seamlessly, but post-update, there were intermittent WiFi drops and some truly awful slowdowns. These issues were pretty widely experienced, and Archos was quick to issue another update, which also went smoothly and seems to have cleared up the issues. This is important because it's indicative of Archos's level of commitment to the product and sustaining support.
You can pick up the 8GB Archos 80 G9 for under $250, and at that price it's definitely worthy of serious consideration if you're looking for a decent Android alternative to the $500 (and up) iPad.
on March 24, 2012

Mrs Pool Bar sounds a bit like me, not exactly a luddite but when you just get familiar with one technology you just hate to change it.
I have been thinking of getting a tablet, something more portable than a laptop, but something you can actually see unlike the teeny tiny cell phone screens that old folks like myself cannot read. Thanks for the review, not so into the video chat thing.. but otherwise it sounds pretty decent.
Good handy information.

hi...Im student from Informatics engineering nice article,
thanks for sharing :)